Tractor Fun for All 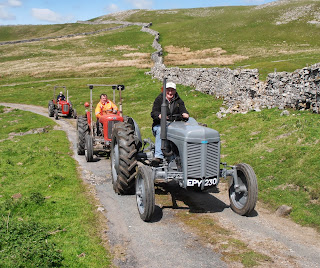 Sunday 2nd June.  A fun fundraising tractor run to raise money for Swaledale & Arkengarthdale Fell Rescue.  This is the first event Chris has taken part in since his epic Coast to Coast drive on his grey Fergie in 2011. 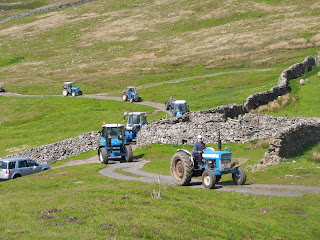 The journey began in Wensleydale, came over Grinton Moor into Swaledale and then after a lunch stop in Muker wound its way up over Satron Moor along a little known gated road high up onto the fell and then onto Askrigg. 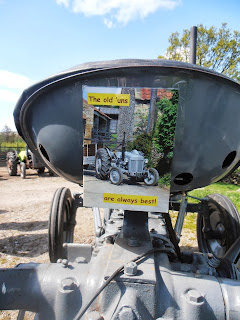 Chris had originally planned to do this run on his red Massey 35 (above) but at the eleventh hour it developed an electrical fault so Fergus the Fergie came to the rescue.  He started first turn of the key and after a quick wash & brush up was ready to go.  I couldn't resist taping this recent birthday card to the back of the seat, 'The old 'uns are always best!' 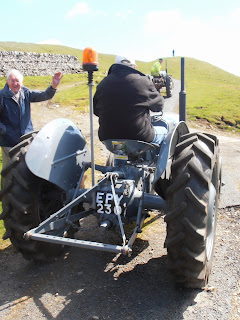 We all had a great day out.