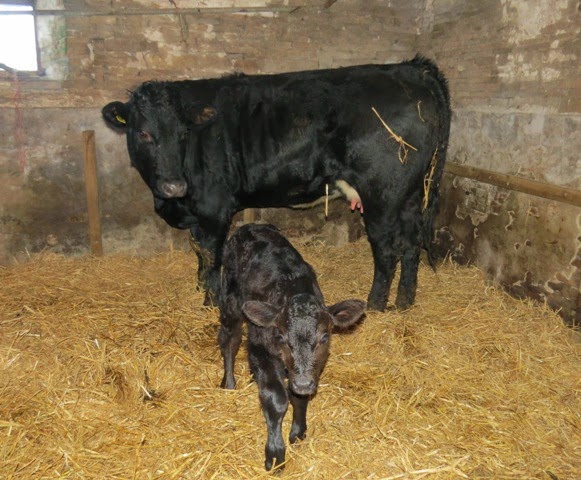 This little chap was born 5 weeks ago.
He and his mother have had a warm, safe stable to live in and she has done a good job of rearing her calf but today ...... 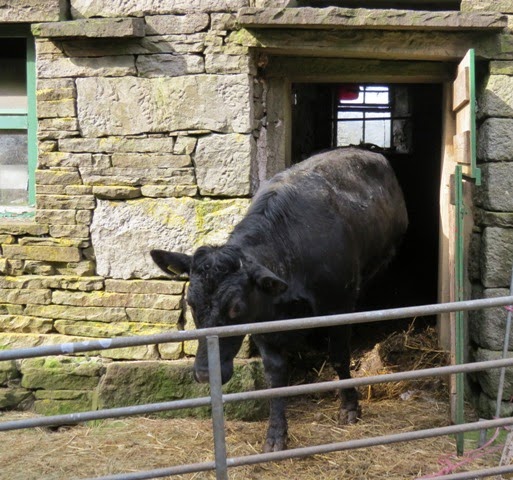 .... it was time to join the rest of the herd.
Mother wasn't twice to tell and she soon came out into the sunshine but ..... 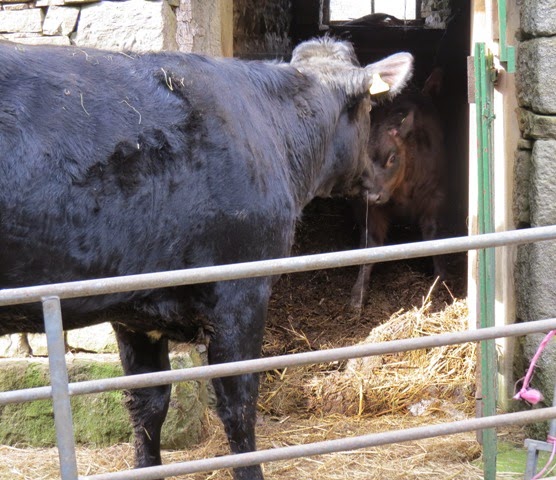 ....... the calf needed a little persuasion from mum and then 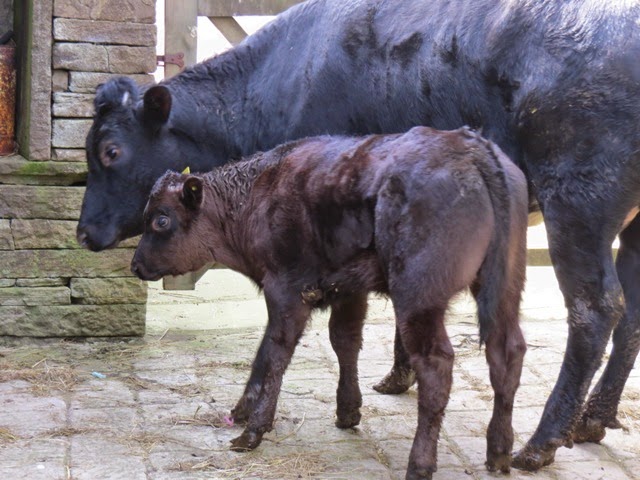 The Sun and the Moon and what happens when they meet.

On the morning of Friday 20th March 2015
a partial eclipse of the sun was visible in most parts the United Kingdom. 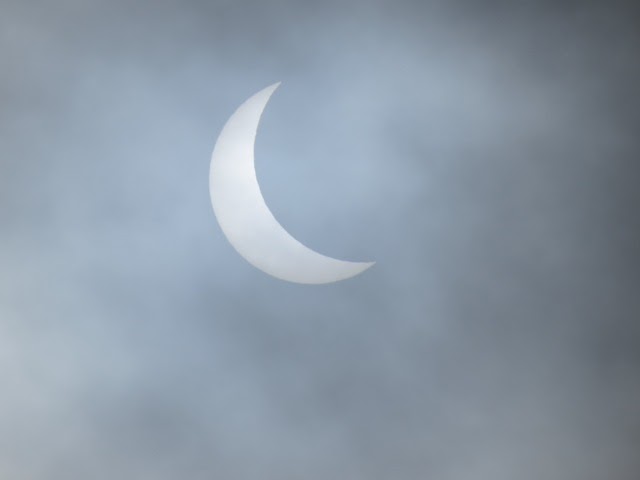 It was most peculiar to see the sun become crescent shaped as the moon passed over it.
We almost experienced a total eclipse, the moon covered much more of the sun than in these photographs but as it became just a slither I couldn't get a shot of it. 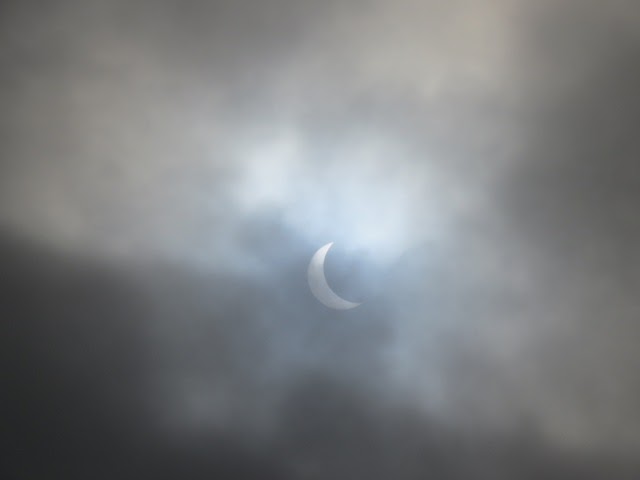 Even though there was only a tiny slither of the sun left it didn't get particularly dark but it did get considerably colder in a very short space of time.  For about 5 minutes it was almost completely silent as the darkening sky fooled the birds into thinking it was dusk!  Then as the sun appeared again the birds treated us to a second dawn chorus of the day.
A remarkable morning. 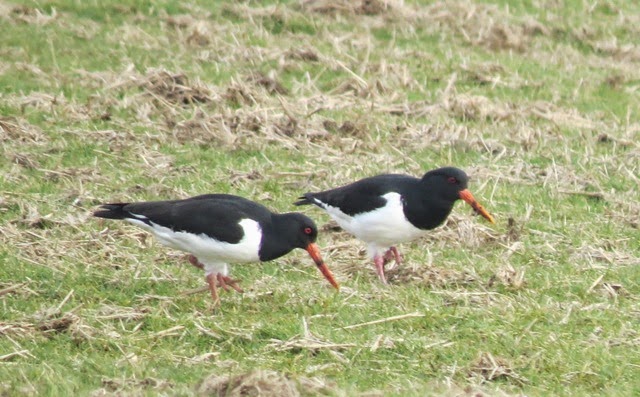 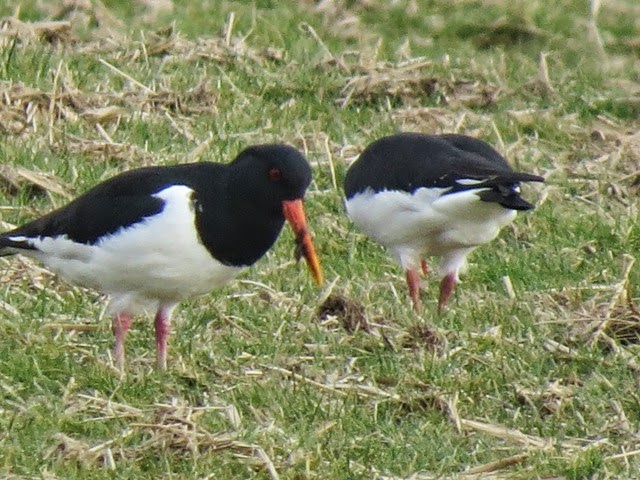 These stocky little birds with their bright orange beaks & orange eyes are fascinating to watch. 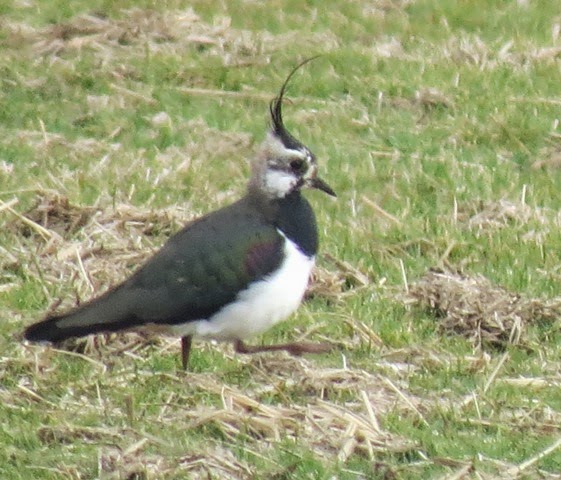 The first lapwings arrived about a week ago and their distinctive 'pee-wit' call fills the air.
No curlews as yet but they should be here soon.
﻿
Posted by Pry House Farm at 16:03 No comments: 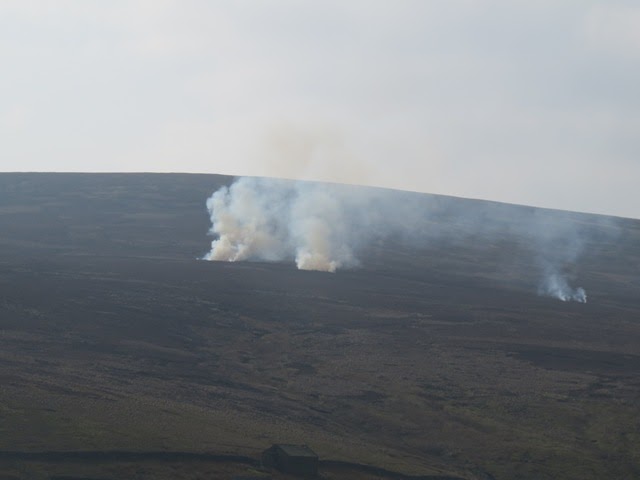 Its been a beautiful spring day with lots of sunshine & light winds so perfect conditions for controlled heather burning on the fells. 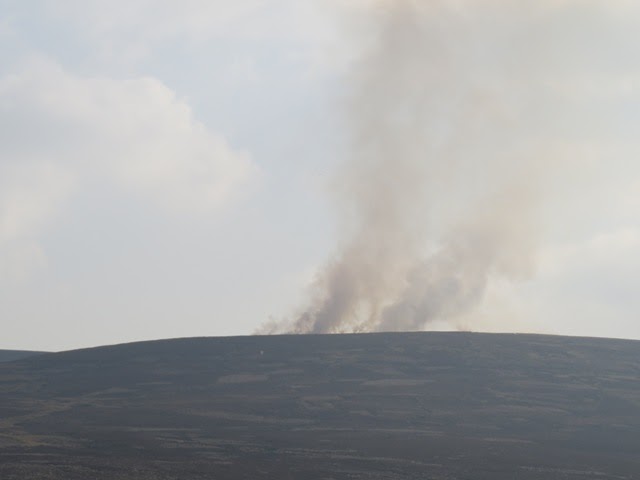 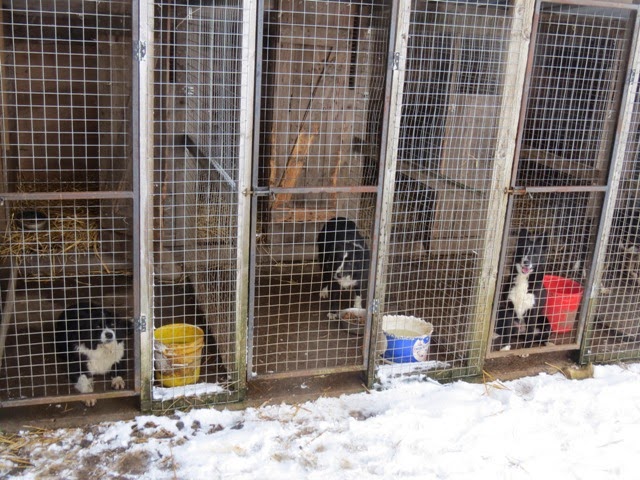 Fed, watered and bedded up for the night. 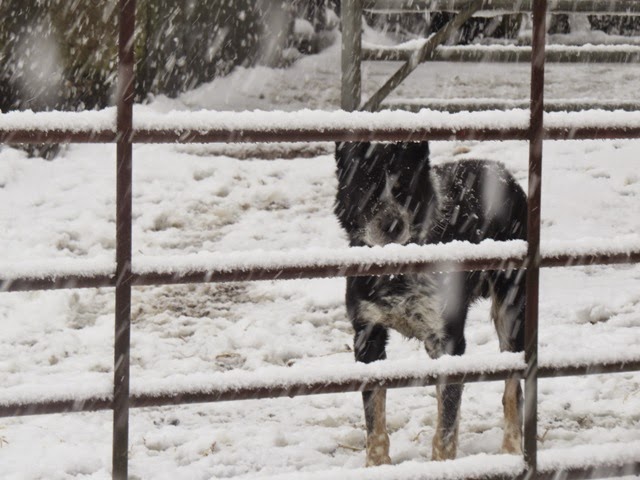 Tom doesn't mind the bad weather, he isn't keen on being photographed
and hates been kept waiting for his tea! 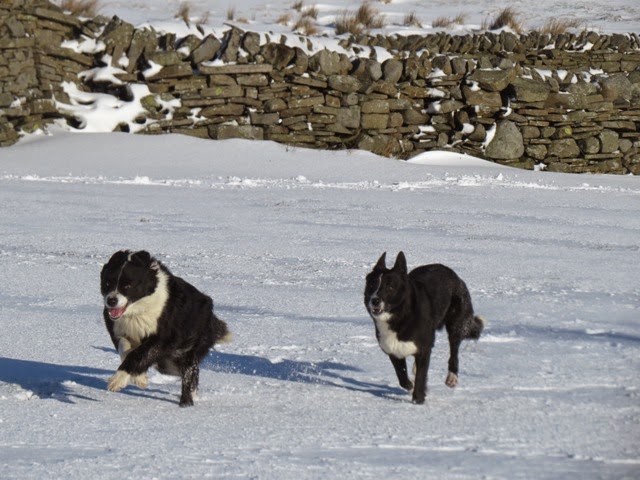 Our dogs don't work every day but everyday they get chance to run & play.
﻿
Posted by Pry House Farm at 13:43 2 comments: 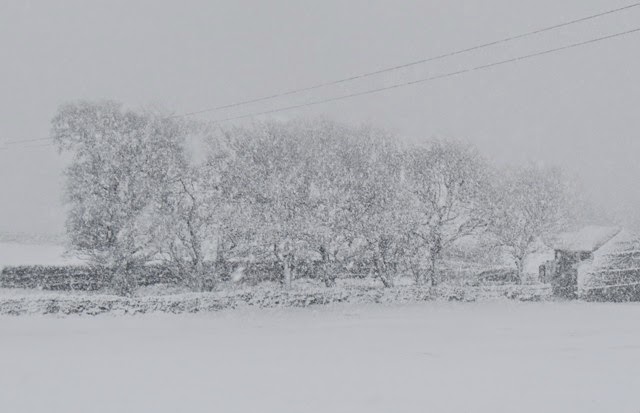 March has come in like a lion.
Will it go out like a lamb?  I hope so. 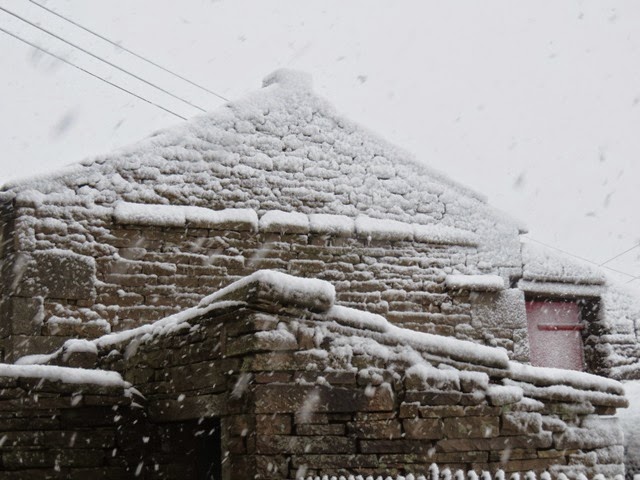 Great big flakes of snow that clag to everything.
﻿ 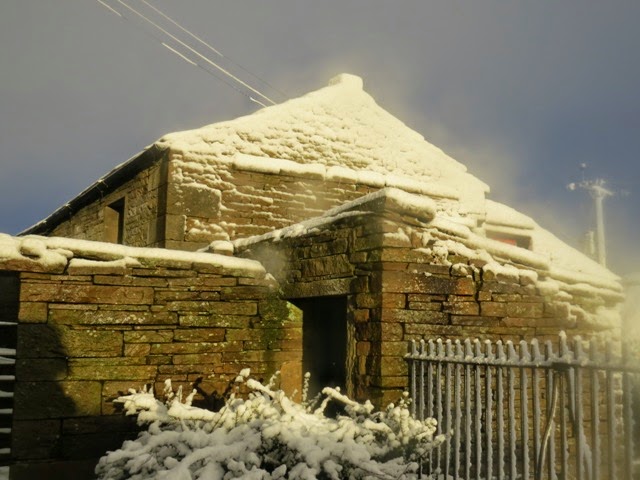 Then all of sudden the sun came out! 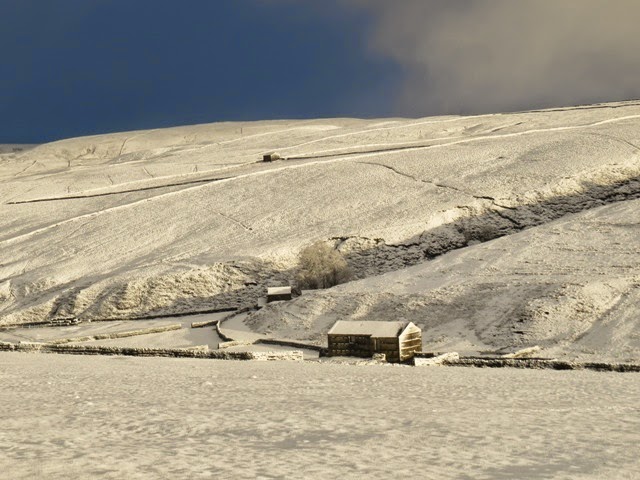