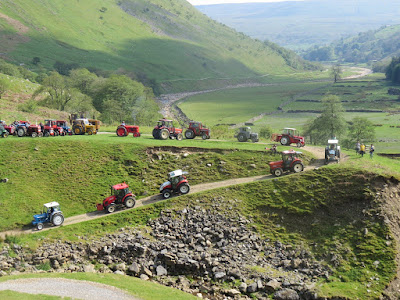 One by one the tractors negotiate the steep descent and sharp bends ... 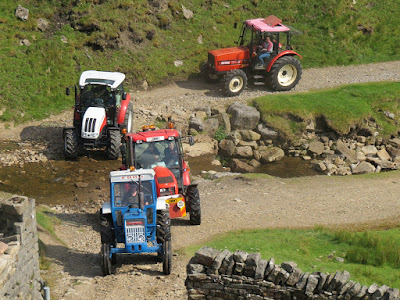 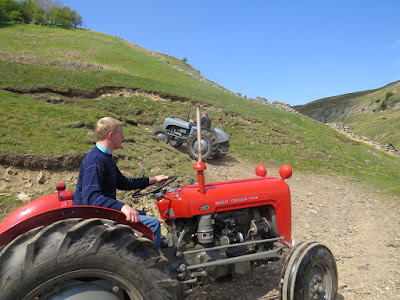 The steep climb back up the other side on rough going with s-bends
requires skilled driving and gutsy little tractors. 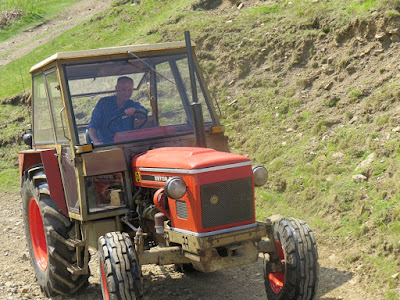 It was smiles all round at the end of an excellent tractor run. 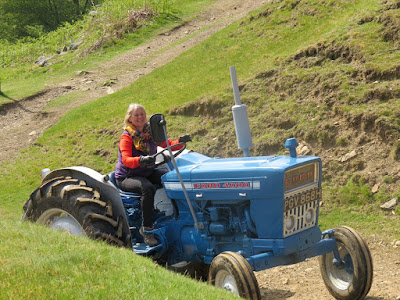 A big thank you to everyone who came from far and wide to take part in
the first Keld Charity Tractor Run. 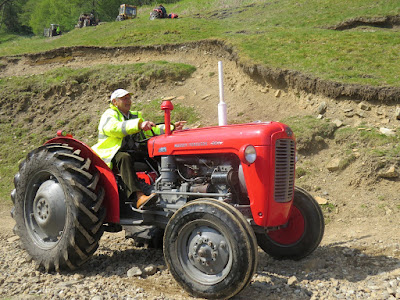 Thirty six tractors of every shape and size, make and model assembled
in John Rukin's car park in Keld village.  It was the perfect setting off point; plenty of space and ..... 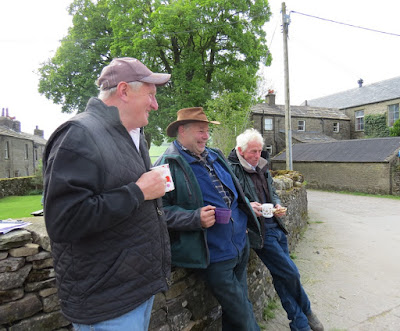 .... plenty of tea and bacon sandwiches to be had from Park Lodge tearoom. 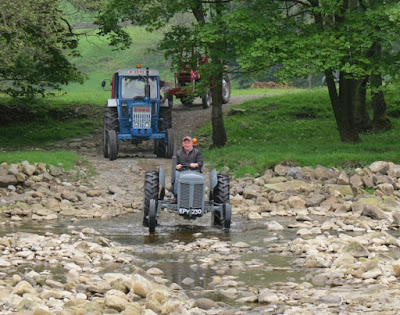 Chris lead the way down the dale and soon had the cavalcade of tractors
off-road and through the Swale to Rampsholme Farm. 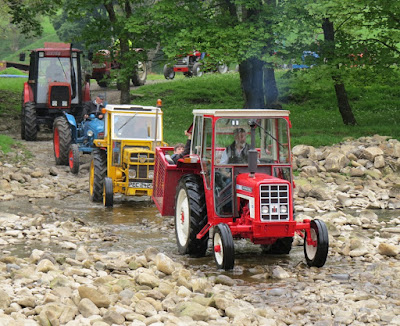 Some drivers had a passenger in the cab and others like Ruben Owen
of Ravenseat rode in a link box behind the tractor. 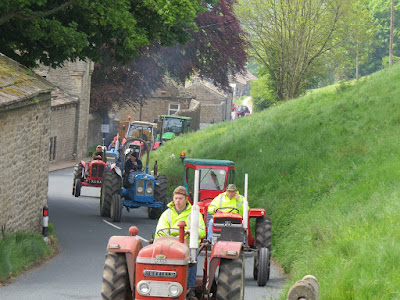 After a spectacular off-road section over Gunnerside Moor the tractors re-joined
the main road and made their way through Low Row, Reeth and onto Grinton for lunch. 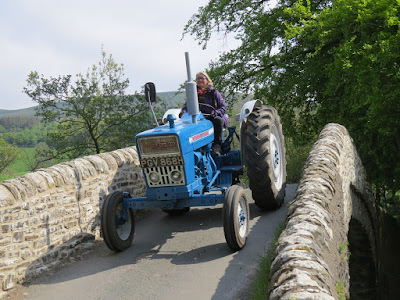 After lunch it was back up the dale via Harkerside then sharp right alongside
pretty Ivelet Beck and over Ivelet Bridge.
Anne Kearton from Teesdale was the only lady driver of the day. 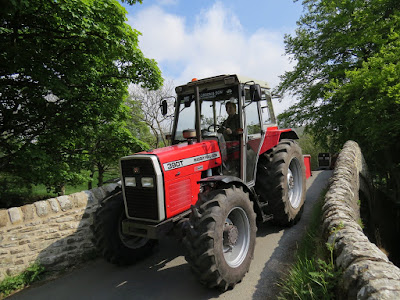 Followed closely by her husband Stephen.  Eight people drove over from
Teesdale on Sunday morning to take part in the run. 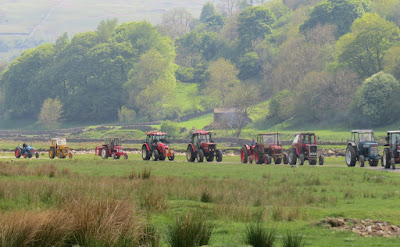 The last leg of the journey came along the valley bottom before .... 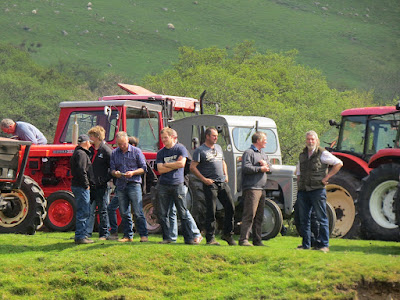 ... stopping on at a vantage point to re-group and compare notes.

We have a new website - www.upperswaledaleholidays.co.uk
Click on Social to access this blog plus our gallery with more photos of
Pry House Farm, the bed & breakfast and Hillcrest Holiday Cottage 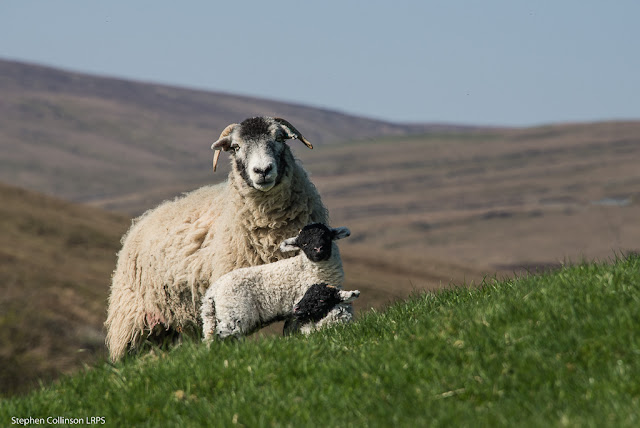 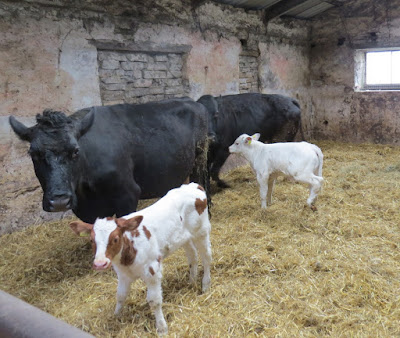 Meet Chalky and Valentine our new calves.
Chalky?  Self explanatory.
Valentine?  She has a heart on her hindquarters! 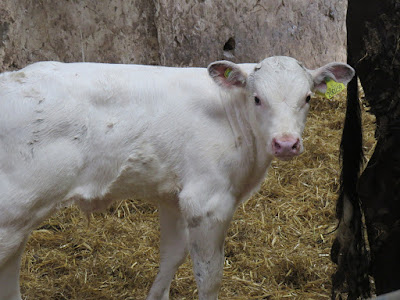 Chalky is a grand bull calf with a fine backside. 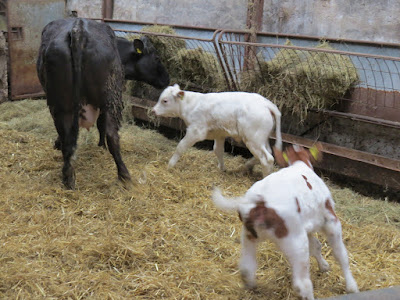 They are good pals and love to chase and play.
﻿
Posted by Pry House Farm at 12:34 No comments:

Lots of people ask us what these little archways in the hillsides are? 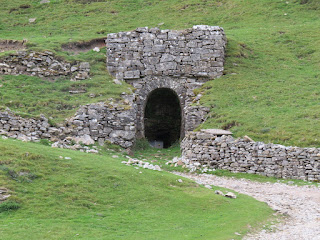 They are entrances to lime kilns where lime for the land was extracted
to be spread on the fields by hand. 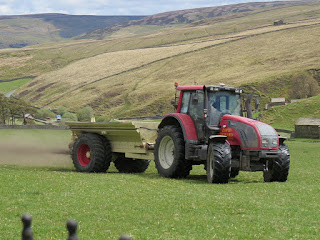 We still spread lime on our meadow fields.  It helps to sweeten the land. 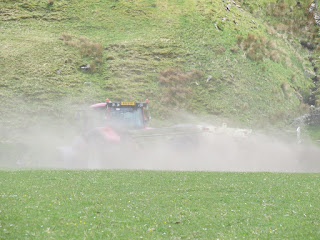 But these days we get contractors in - its a dusty old job!
Posted by Pry House Farm at 12:16 No comments: 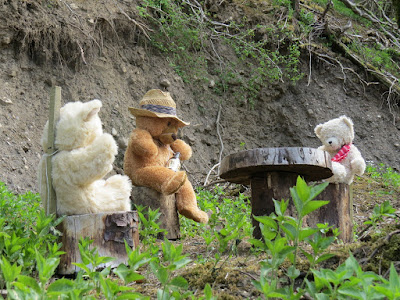 For every bear that ever there was,
Will gather there for certain because .....
Today's the day the Teddy Bears have their picnic!' 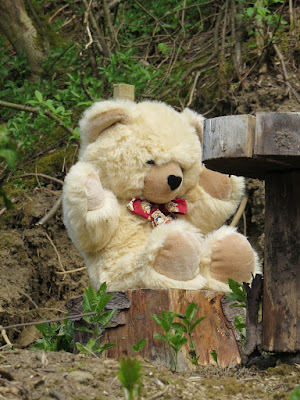 'Whose been sitting in my chair?' 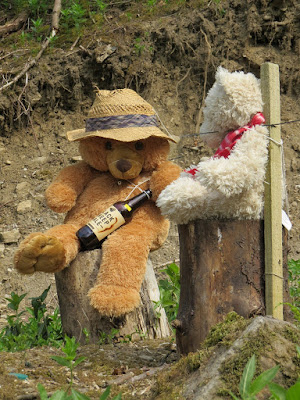 'More to the point, whose been supping MY beer?'
﻿
Posted by Pry House Farm at 13:54 No comments: 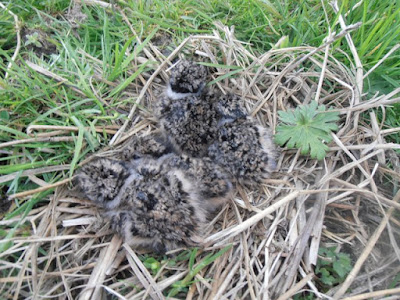 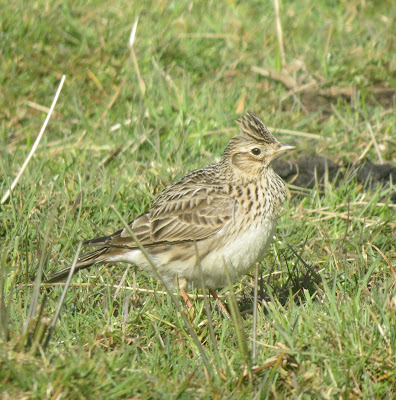 The Skylark, a dainty little bird with a beautiful song and dramatic aerial display. 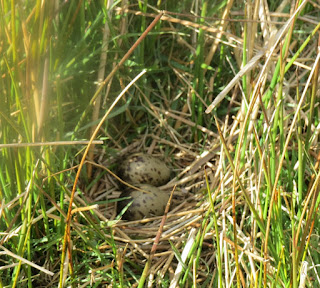 Eggs belonging to the Woodcock.
﻿
Posted by Pry House Farm at 15:06 No comments: 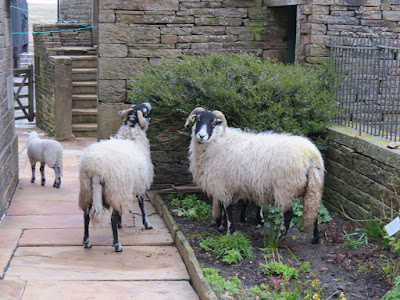 'No, my bush does not need pruning!' 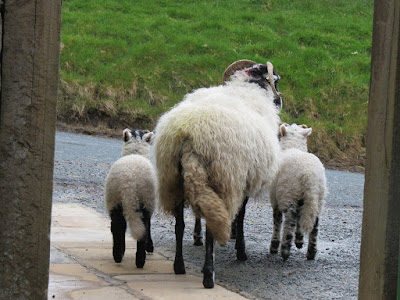