The garden at Hillcrest Cottage is an absolute sun trap...... 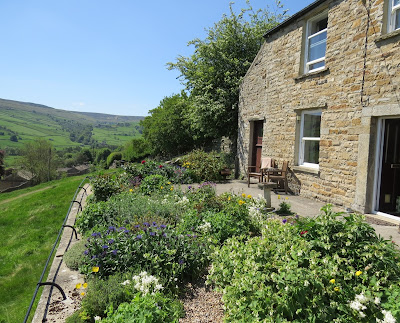 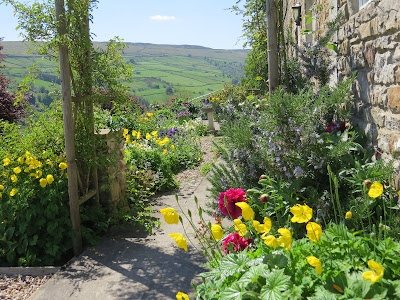 .... and is a riot of colour and hues
however shady places can be found nearby. 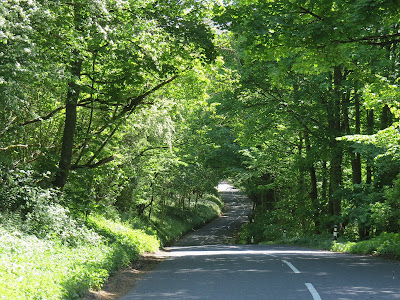 The tunnel of green on the approach to Low Row is particularly calming... 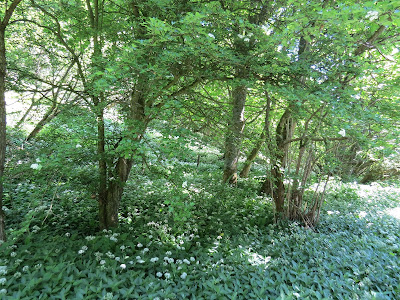 ..... with wooded areas on one side
and easy access to the cool waters of the River Swale on the other.
Posted by Pry House Farm at 11:49 No comments: 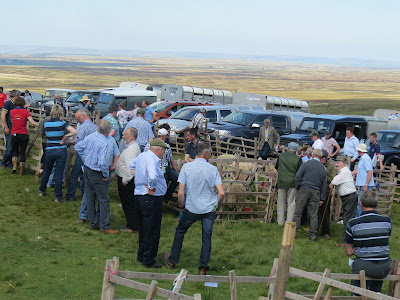 Tan Hill Show is the premier place to show the Swaledale.
After the long winter months and the trials & tribulations of lambing time farmers are ready to see and chat to one another but more importantly observe how everyones' stock is fairing. 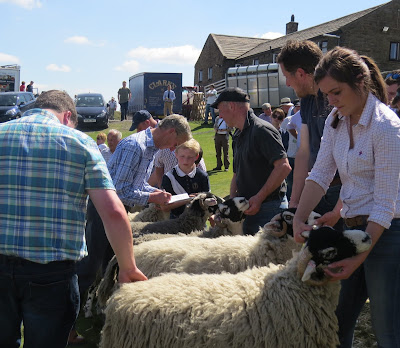 Stewards and Judges work hard all day to ensure the show runs smoothly. 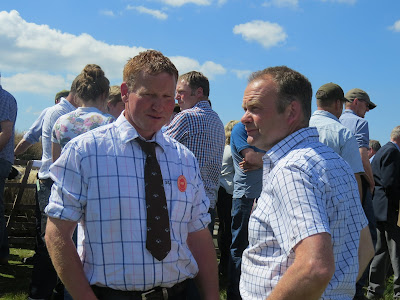 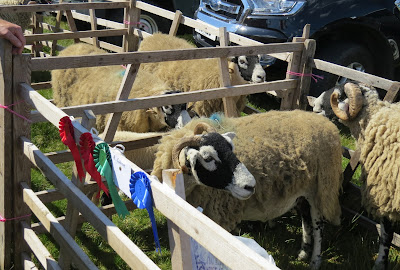 It was good to see our nephew, Andrew, doing so well today, with the ribbons to show for it.
Later in the day Andrew went on to win the Champion Small Breeders Class with this ewe.
Well done! 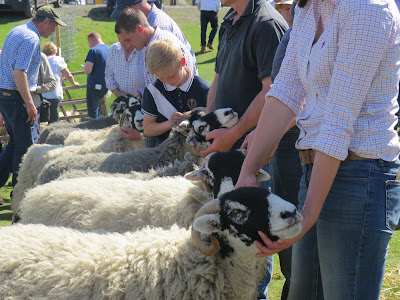 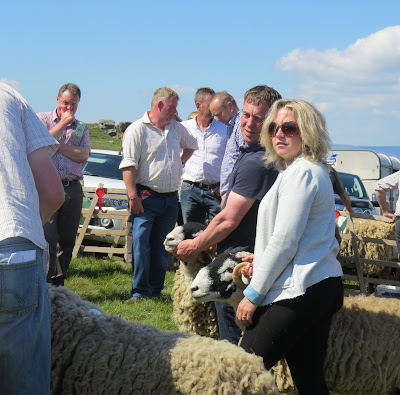 ..... on a day that definitely called for shirt sleeves and sunglasses!

Turning back to the Moor

Lambing has finally finished.  The last two Pry sheep lambed this morning.
Its time now to turn the ewes with a single lamb back to the moor. 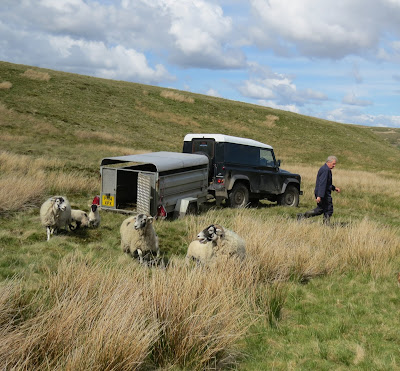 Its a good feeling to see them returning to their heft.
The ewes lead their lambs along the same sheep tracks that they themselves were shown as lambs-at-foot two, three & four years earlier and in so doing begin to establish the hefted instinct in their new female lambs. 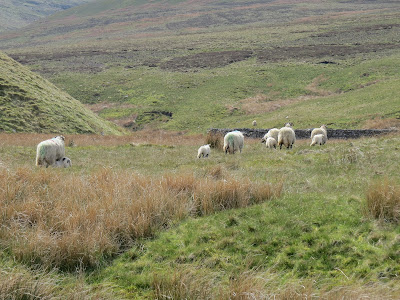 Clearly some of our ewes are very experienced at this process.
This ewe is older than most.  She has been kept, rather than sold as a three shear, for reasons I don't know but it is plain to see that she is a good mother; nuturing, guiding and fussing over her lamb. 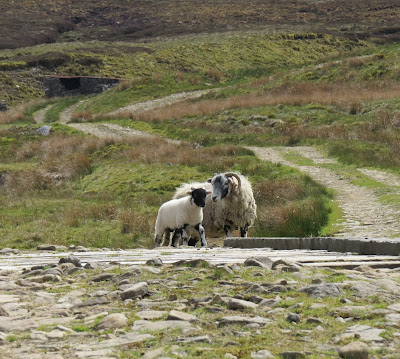 They are soon far away; spreading out, finding their place out in the vast open fell which is the Swaledale's natural home. 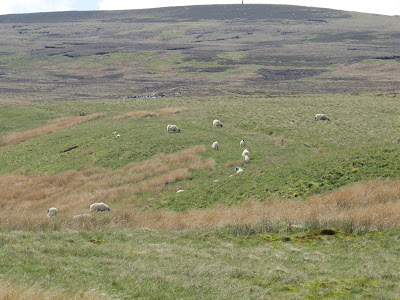 We haven't many sheep left to lamb now.  Lots of people think that when we've finished lambing then the hard work is over. 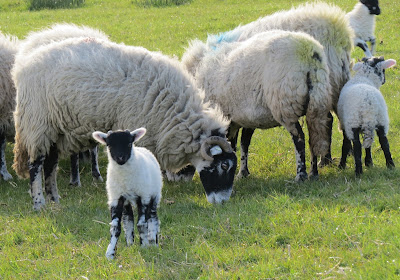 Infact that is not the case at all.  Chris is often heard to say that anyone can lamb a sheep but the skill is in keeping both the ewe and the lamb fit and healthy afterwards. 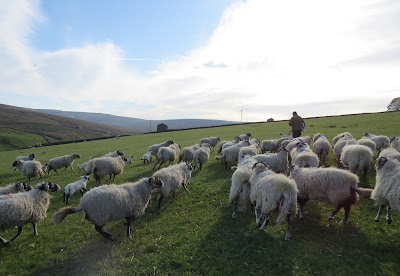 The sky is blue and the sun is shining but it is bitterly cold which is holding back the grass.  Every day our sheep get supplementary hard feed and plenty of hay. 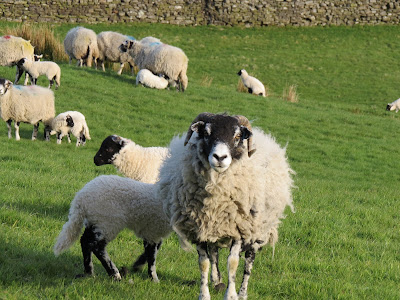 When the ewes have finished feeding there is quite a commotion until the lambs are
reunited with their mothers. 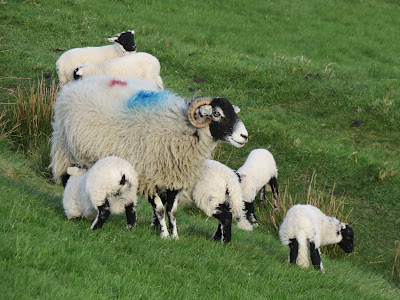 But after a lot of bleating and baarr-ing they all pair up again ... 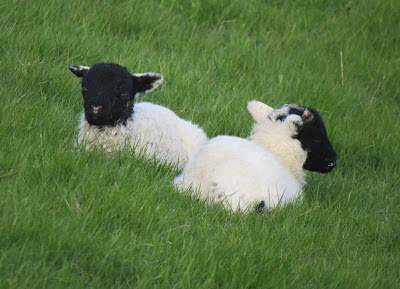 ..... and peace and tranquility is restored.

The Keld Community Orchard space has been completely transformed;
trees, bushes & shrubs planted, grass seed sown and a snowdrop border created.
Now we have to wait for Mother Nature to work her magic and watch for signs of green and growth. 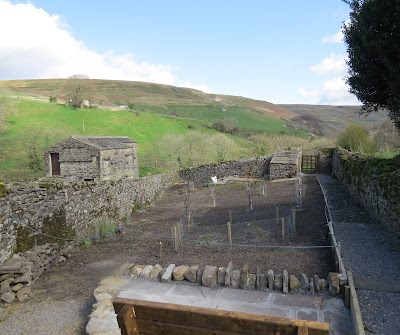 We are asking for sponsorship for the following;
Drifts of Daffodils at £20 per drift
Planted Herb Pots (pots by the Yorkshire Flowerpot Company) at £30 per pot
Garden Bench at £70 (or £35 for a half share)
If you would like to sponsor any of the above please email glenda_calvert@hotmail.co.uk
Thank you 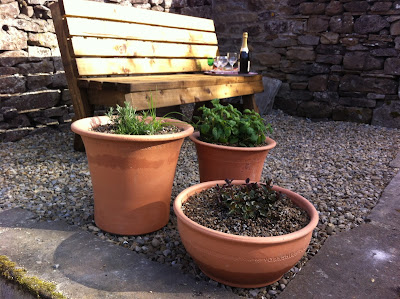