The winter of 1979 and a remarkable rescue

People talk about the bad winters of 1947 and 1979 when it snowed for weeks or even months on end. The winter of 1979 is the most memorable for the present generation and it is the year of a remarkable rescue of two young Dutchmen by Clifford Harker who lived and farmed at Pry House Farm at that time. 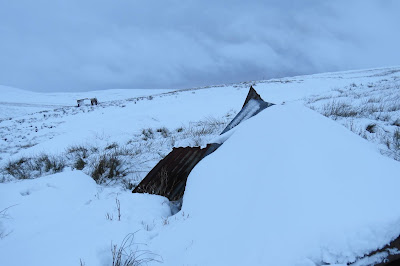 Today (8/01/2021) I have been on the moor with Chris to feed the White Spots heft of yows where the rescue took place. The photo above shows the remains of the 2 hay stores that were pivotal to the story. The corrugated roof in the foreground is all that remains of the hay store where Clifford was getting hay for his sheep. The old railway hut beyond was where the two young men were sheltering having got their car stuck in a snow drift close to Tailbrigg Hill. When Clifford came across them the younger man was not in good shape but there was no alternative but to walk the three & a half miles back to Pry House Farm - no 4 wheel drive tractors or quad bikes in those days. 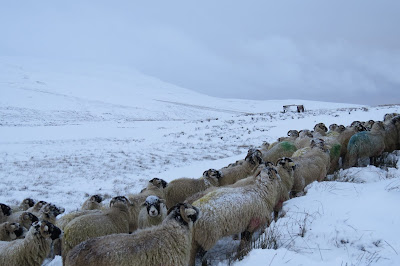 As I travelled back to the farm in the safety of our tractor I marvelled at the toughness and the sheer strength of character of the farmers of that generation who walked for miles to tend their stock every day no matter what the weather threw at them. In the winter of 1979 Chris remembers walking onto the moor with his father to feed the sheep for 23 consecutive days, the road being unpassable by vehicles of the day. It is without doubt that Clifford's dedication to the welfare of his sheep resulted in two lives being saved. 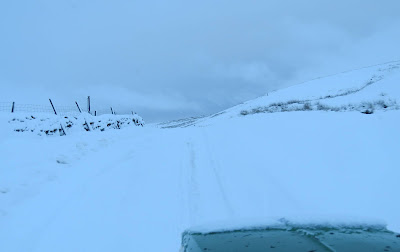